We helped launch the greatest indie games - now on VR.
Tap into our unparallelled publishing heritage and indiegame knowledge - from the team that founded Chillingo

Submit your VR Game or Concept for Publishing Feedback


The smash hit mobile game Pew Pew, Stuff Dies blasts its way into VR! This is a funny, apocalyptic arena shooter packed with crazy creatures surrounding you as you defend your quirky, fantastic home.

Your world has has been attacked by monsters from other planets. Defend yourself! As the game progresses, you'll take the fight to these irksome space invaders on strange new worlds and deep space asteroids.

To survive you must be fast. Cover all directions as different waves of creatures including mutant dwarfs, Martians, ogres, octopuses and more try to surround you.

Arm yourself in both hands, John Woo style, with different weapons including a knife, revolver, laser guns and a whole host of futuristic firearms. Don’t forget to reload and collect ammo from the smoldering bodies of your vanquished enemies if you want to compete against your friends in the rankings.

Join us on the Things3D Discord to send feedback and talk about the game: https://discord.gg/WXdsvNb 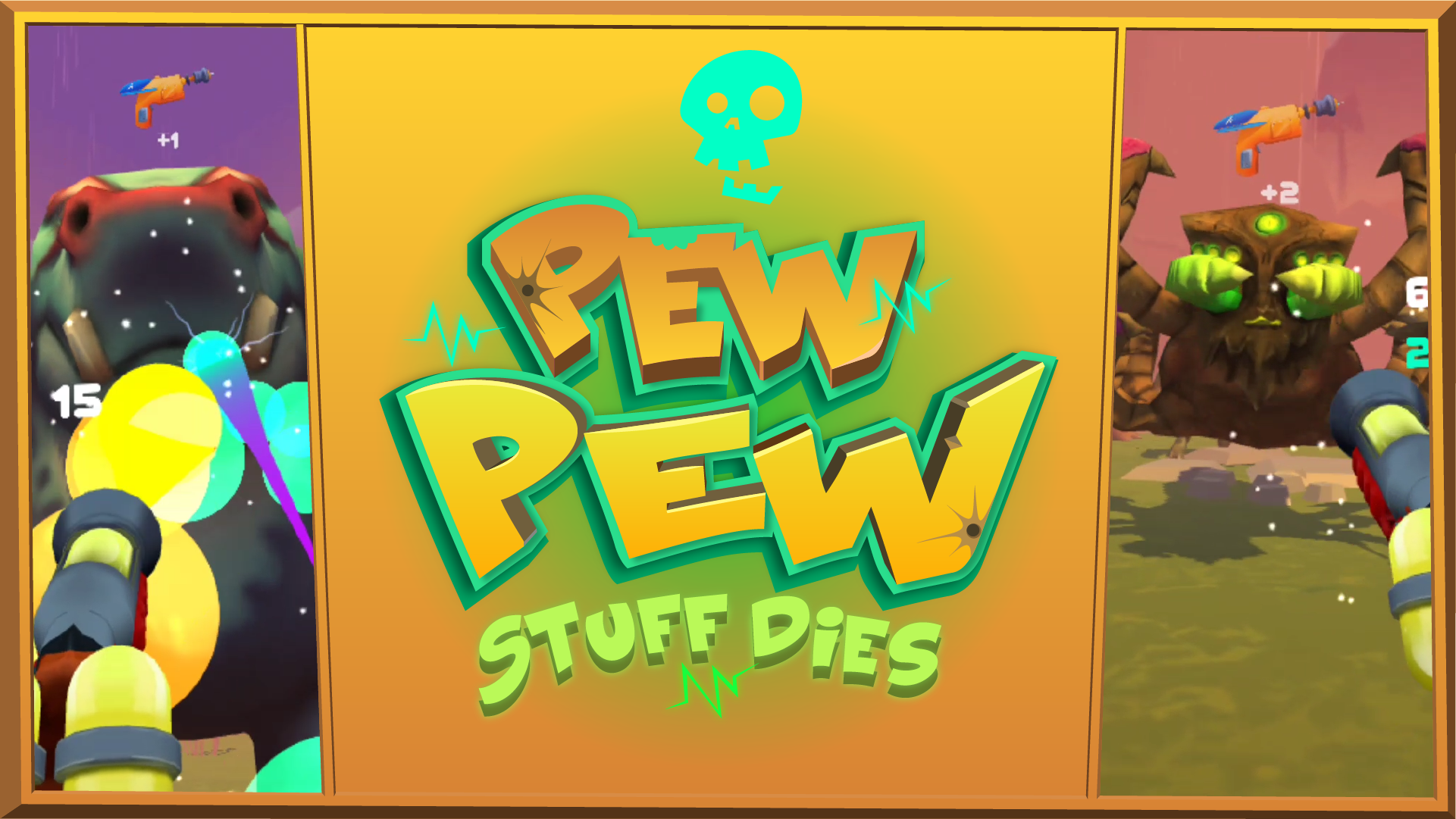 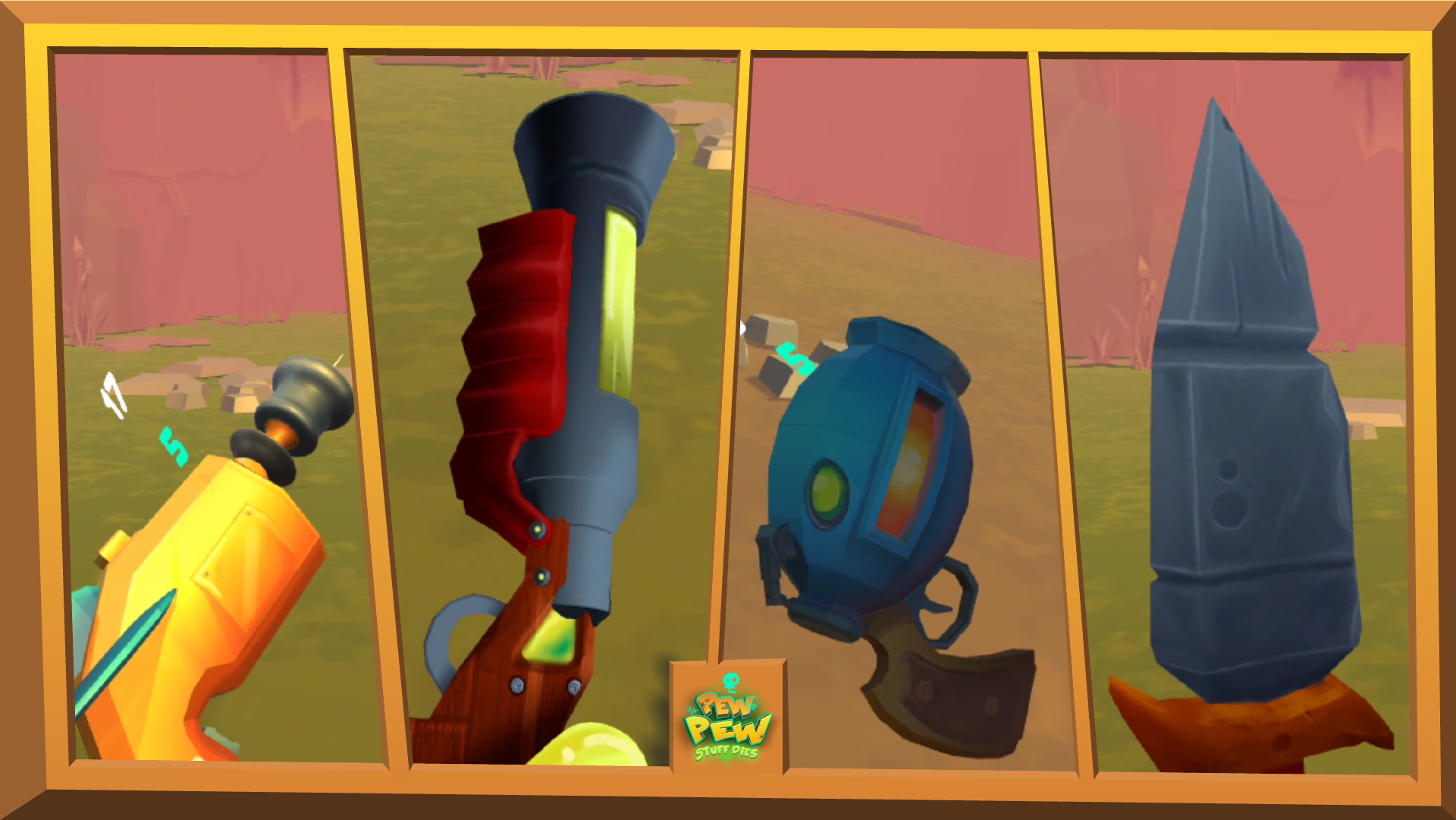 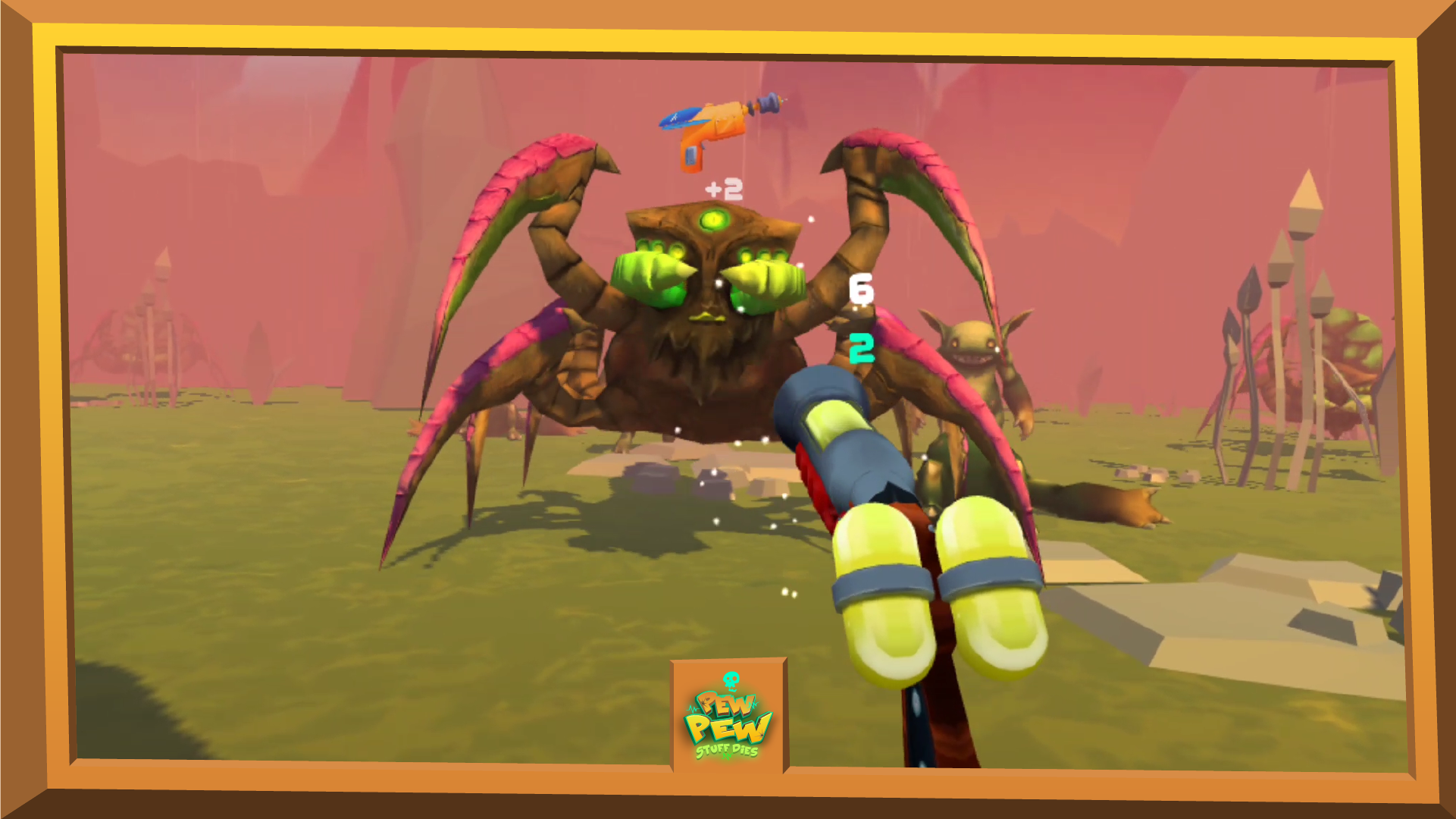 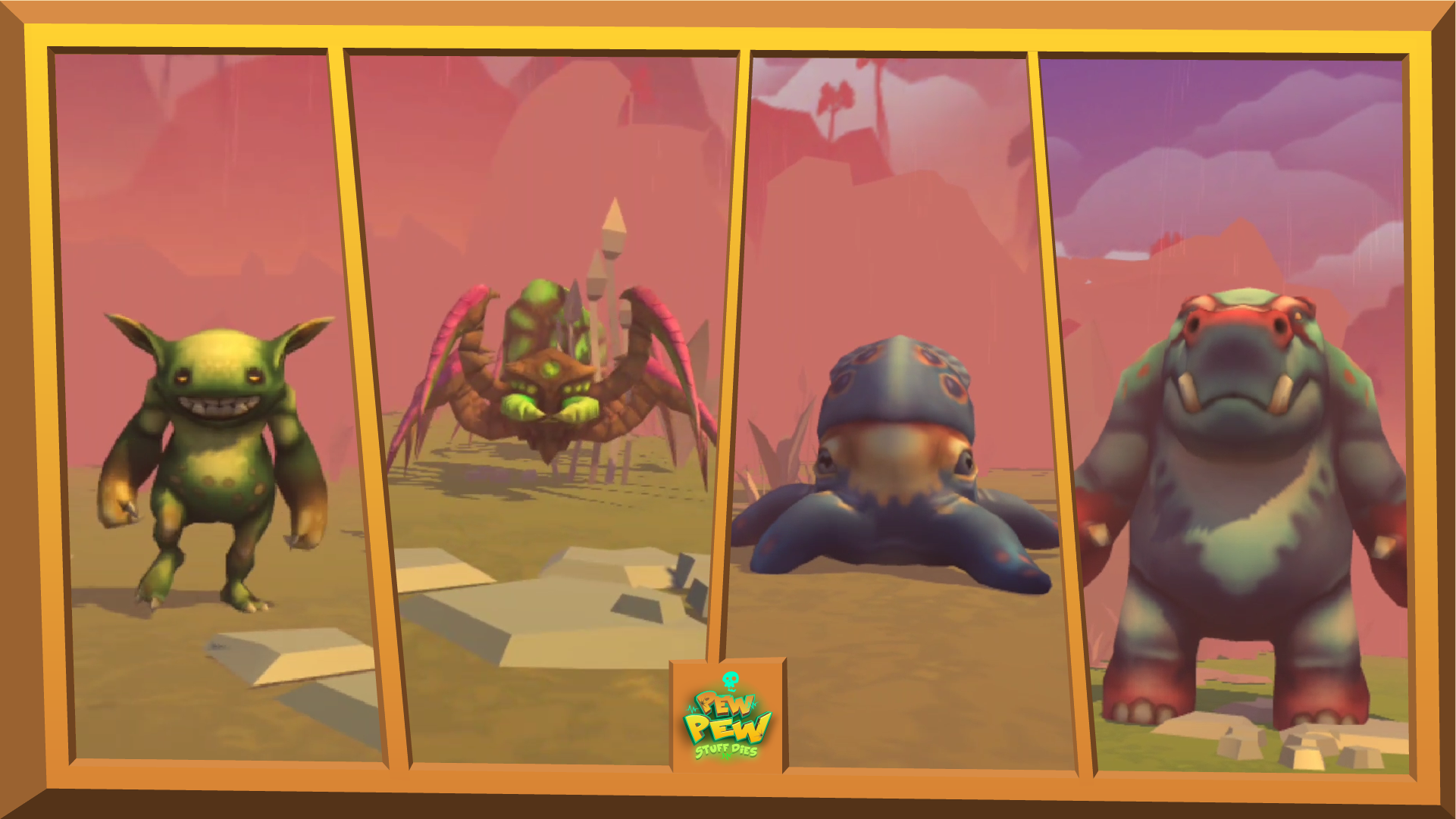 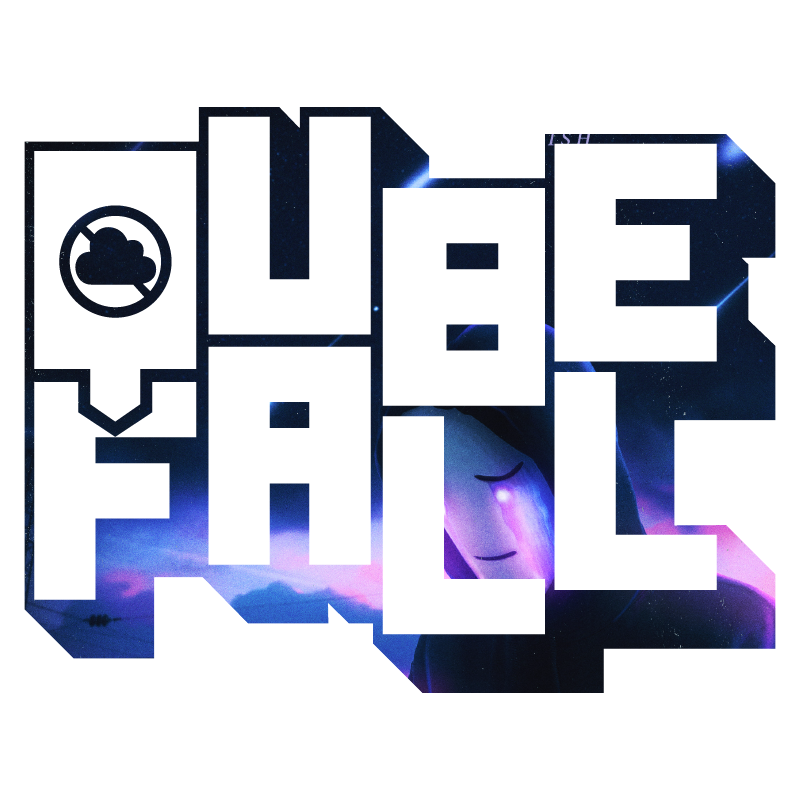 QubeFall Free - Dive into the world of CloudNone with this immensely addictive block puzzle game for Oculus Quest. Intuitive, dexterous controls allow you to build intricate shapes naturally as you grab new blocks out of the air. Race against time to eliminate as many blocks as possible before you hit the ceiling.

The whole experience is set to audio and visuals provided by chill-out maestro CloudNone, officially licensed from MonsterCat. 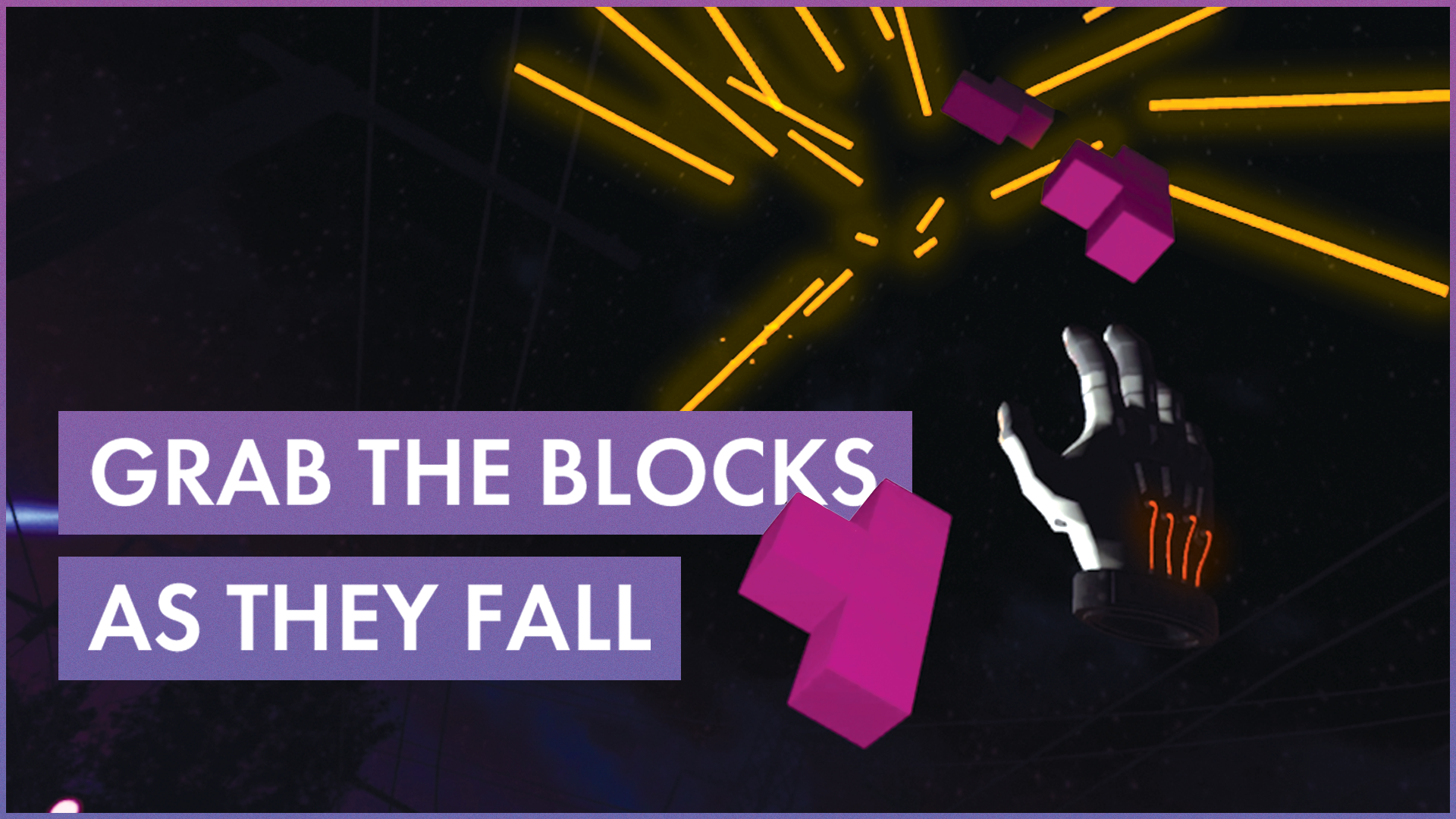 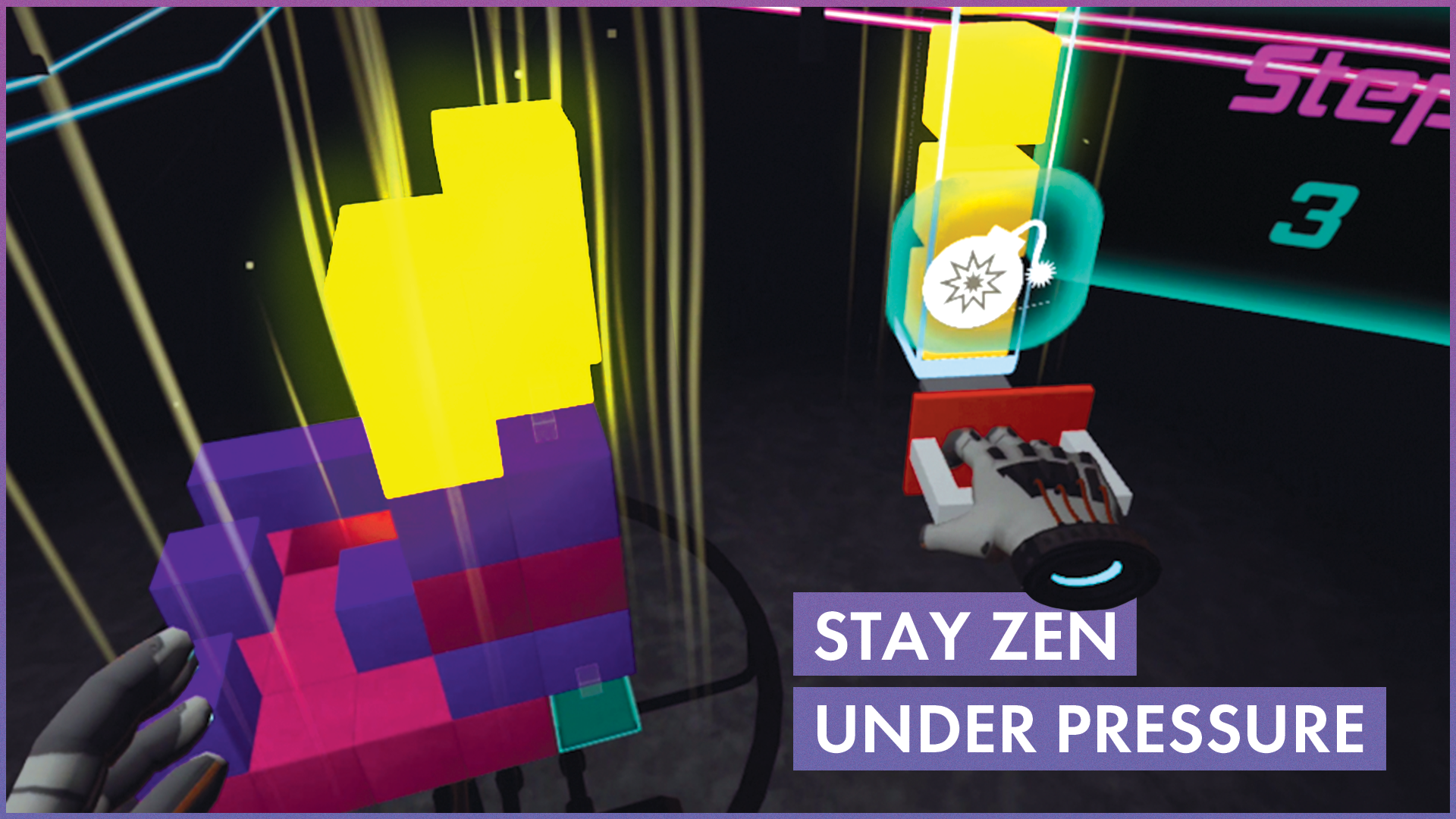 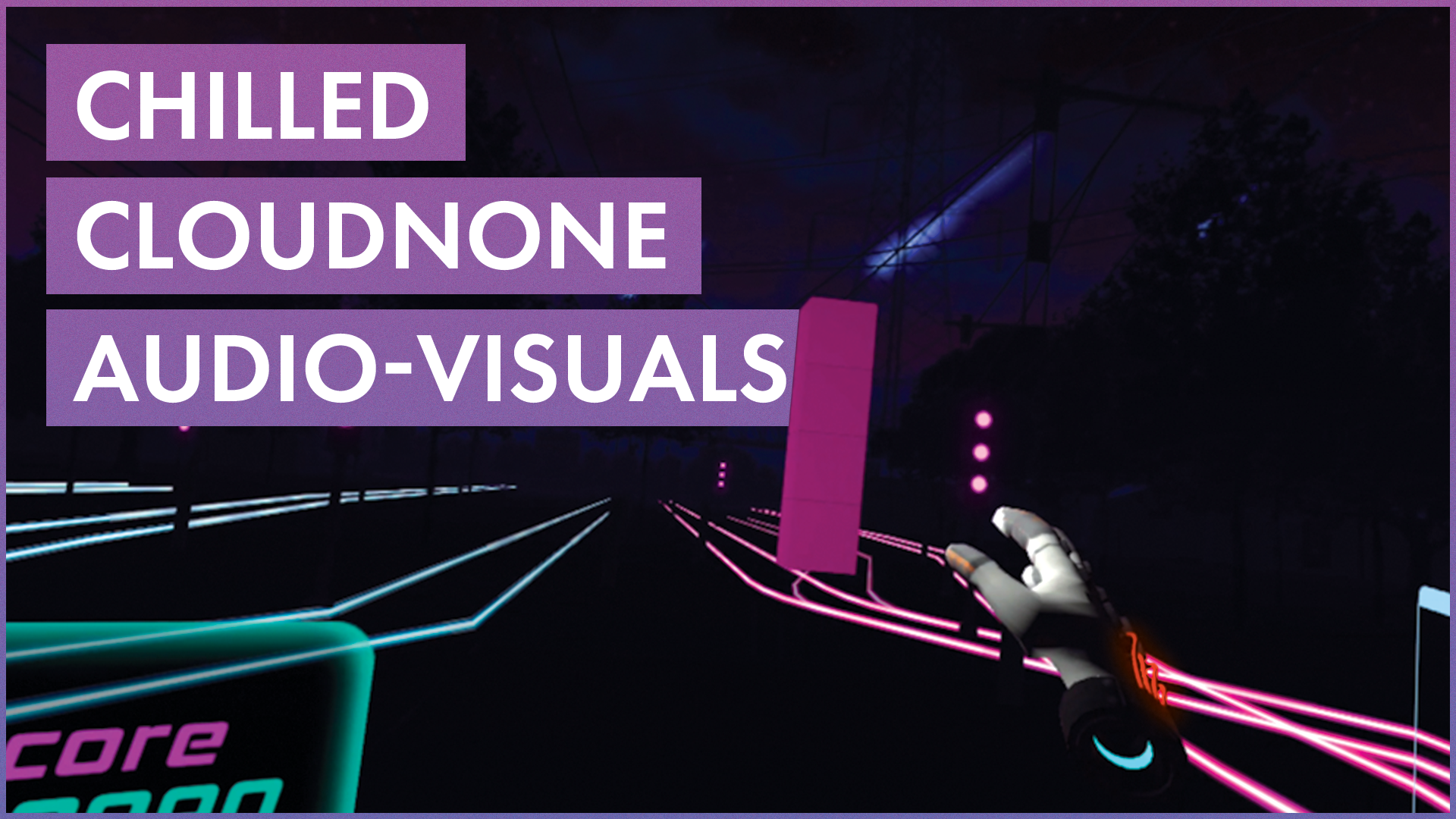 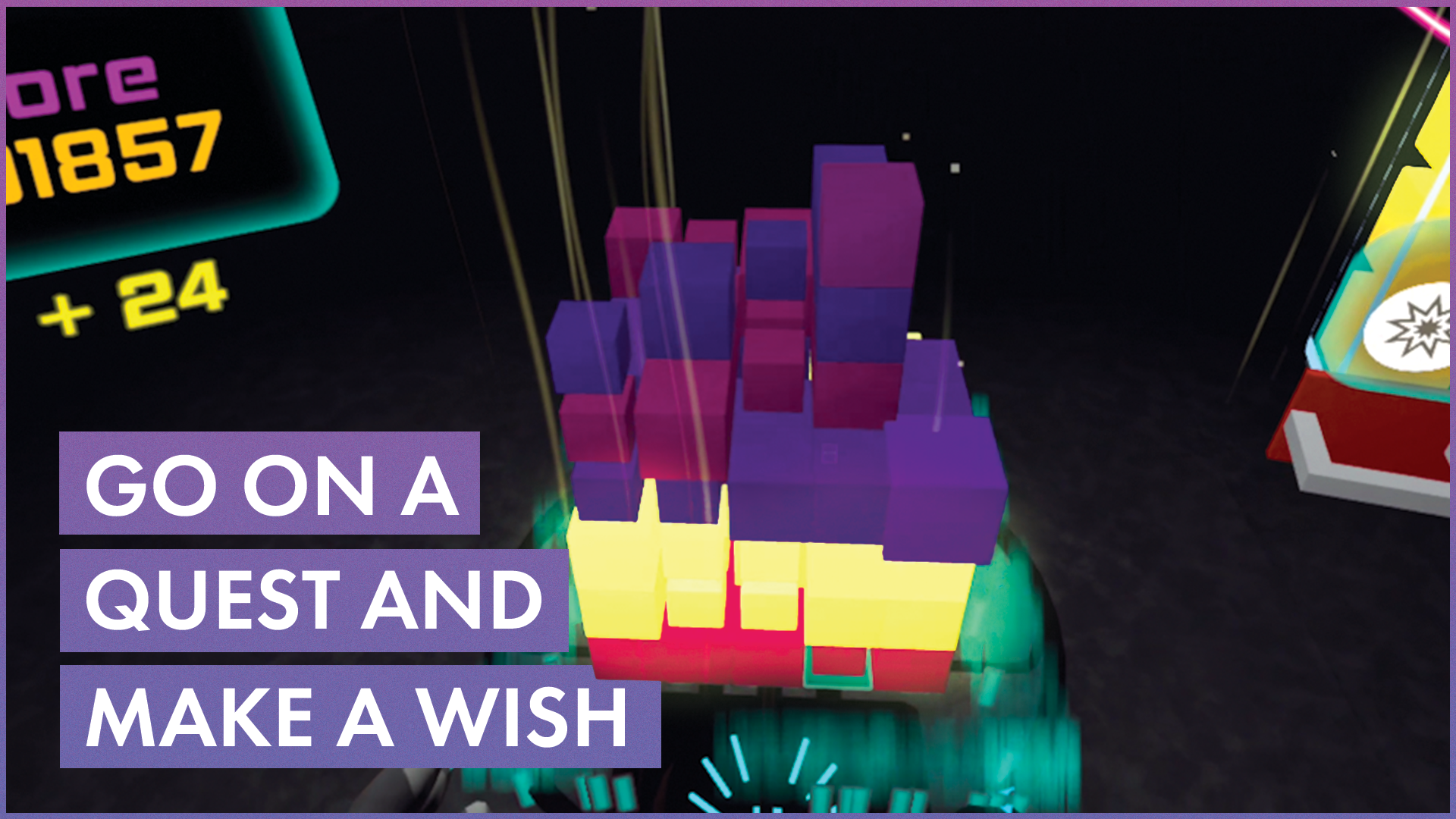 Support QubeFall Free over on Itch.io as we work to bring you the full game. QubeFall Free is donationware - pay nothing to enjoy, or pay something to fuel the development! With enough support, we’re looking to add a host of awesome features :

Get involved with QubeFall's future on our discord channel - Send in feedback, make suggestions, and talk to us about anything and everything QubeFall©.

Radial-G: Proteus is a futuristic arcade racer for the VR generation! Climb into the cockpit of a gravity-defying race craft and tear up the tubular tracks as battle commences. Radial-G delivers full immersion racing featuring gut-wrenching twists, jumps, splits and unique inverted racing.


OMEGA Update included – a new boss-fight game mode where players will battle a giant mechanoid boss on a signature Radial-G track - avoid an array of attacks and deliver your own knock-out blows.

Purchase now for the Oculus Quest

At Things3D we don't just talk about games - we live and breath them. With a practical and diverse history in mobile games, retro games, console games and indie initiatives we recognised 20 years ago that the world was changing with the advent of mobile devices. A second leap is about to happen with the introduction of AR and now the mass adoption of game-changing VR headsets.

See the benefits of working with us.

We discovered and signed famous mobile hits like Angry Birds, Cut the Rope, iDracula and many other No. 1 hits. Our team are Bafta award winning game producers - giving you the expert edge to transform your game idea into the hit it deserves to be. 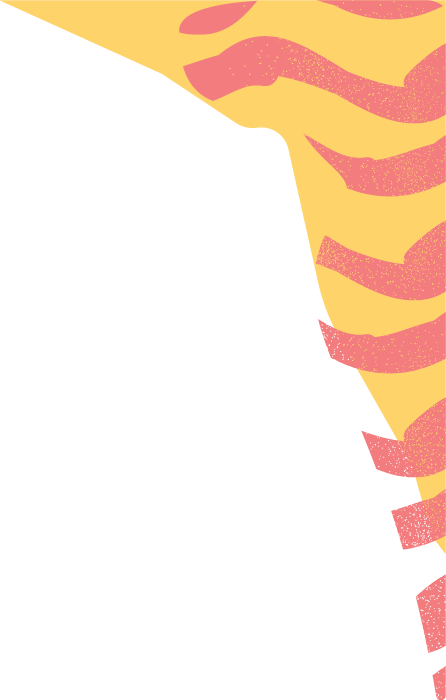 For two decades we have been at the forefront of bringing commercial success for independent game developers as new technology and stores have emerged on console and mobile.

Each new technological step change brings with it the opportunity for the best and most innovative games to bring fresh, fun and exciting experiences that showcase that platform - and with it - the support from the platform holders.

The world is poised on the threshold of the mass adoption of AR and VR through affordable and accessible devices - join us on this next adventure.

We provide a service that allows you, the independent developer, to plug straight into a strategic partnership that is tailored to the specific needs of your company and game by a highly experienced, creative and agile team who fully understand the commercial realities of independent studios.

We offer a service that can deliver a total end-to-end publishing process from initial evaluation and direction right through to the precision tuning of your live service operations.

Benefits of VR Publishing with Things3D

Tap into our unparallelled publishing heritage and indie game knowledge - from the team that founded Chillingo. Our producers are Bafta award winning - giving you the expert edge to transform your game into a breakout hit.

Great games don't always sell themselves. Our publishing past brings with it a wealth of experience with innovative PR, press and marketing. We'll help you reach millions of players, giving your VR game the exposure it deserves.

We'll work with you on the entire lifecycle of your game. Bringing our wealth of publishing knowledge to bring out the best in VR - episodic content, arcade hits, virtual experiences or other worlds. Let's work out what's best for the consumer - that will be the best for you.

We aren't a public listed company, so we aren't bound by any game-by-committee majority meetings. This means we can move fast, leaving us laser focused to help you. If you need a reply now, you can probably expect it within the hour.

Need a bridge to leave your 9-5 day-job, or kick start your VR game team? With a long history of working with indies, we're more likely to 'take a punt' on your game or concept. Reach out us to discuss and see where the path leads ...

We have multiple requests from entertainment brands and IP owners wanting to 'get into' VR gaming. If you are open to these opportunities of paid work, let us know, so we can scout for any supplementary work.

Ready to submit a concept to us, working demo, or near-complete game? We're on hand to lend our expert opinion - risk free and impartial advice our speciality. Contact us to discuss

Communication is key to the platform holders - we work hard to keep them informed and get your game on their roadmap. We have years of experience working with first-party platform holders and gate-keepers, delivering great games so their customers are guaranteed a great experience.

Publish your VR Game with us

Submit your VR game or concept.

If you just want to reach out to us and/or have a general enquiry - please use the contact us page instead.

Our team has a long history of nurturing, advising and sponsoring indie developers across all evolving platforms over the past 20 years - VR is simply the 'next step' towards full gaming immersion. We understand the challenges of indie developers and love to take part in open dialogue to ascertain the ambitions of your studio.

Unlike other publishers, we are more likely to 'take a bet' on inventive, quirky gameplay concepts. We take the long view and do our best to establish break-out hits so your studio can establish financial security - in order to develop a pipeline of titles. This is what we did with Angry Birds, Cut the Rope and Feed Me Oil. 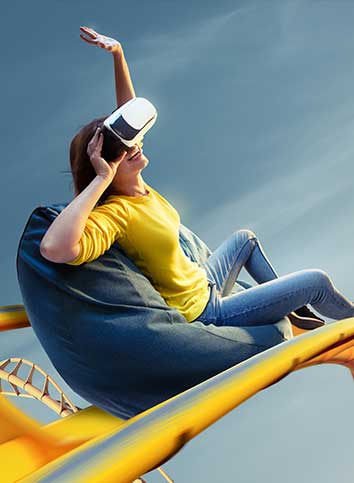 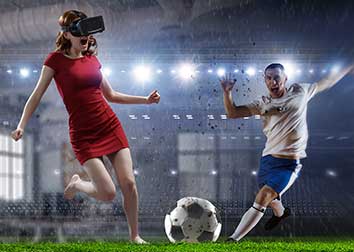 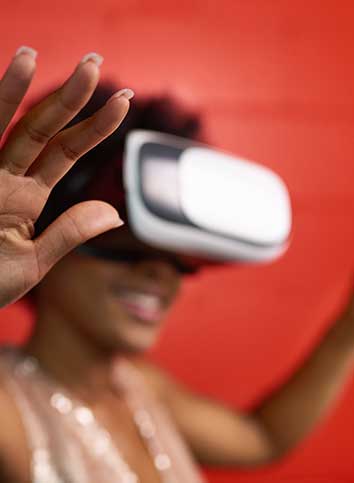 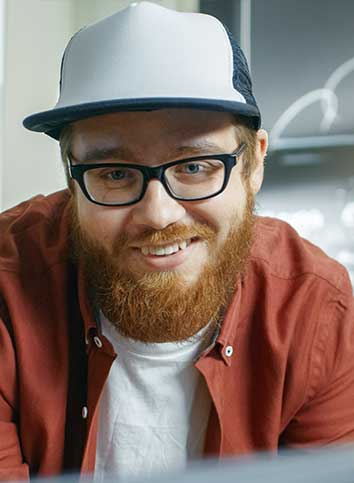 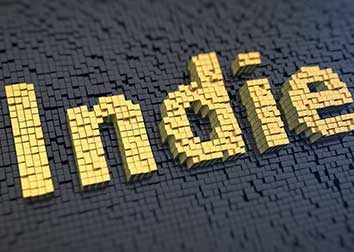 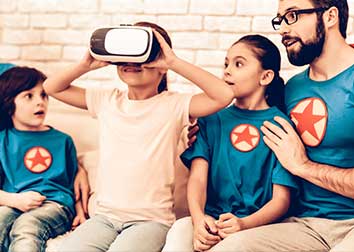 Our games production team is ready to help you

We helped launch the greatest indie games - now on VR.
Tap into our unparallelled publishing heritage and indiegame knowledge - from the team that founded Chillingo.

Evaluate your VR Game, or just drop us a Line

Submit your VR game for a free evaluation, or simply reach out below.

Should I use a Things3D to publish my game?

Collectively we have decades of game experience including game history, level design, UI design. Further we think fast, and think 'outside of the box' as VR gaming requires new interfaces and new ways of thinking. Run your game by us and we'll give you an honest appraisal, without risk or any loss of rights. Over the past two decades we have evaluated thousands of games, resulting in thousands of conversations. If you are in indie looking for help, we'll be glad to assist. If you are a big brand looking to bring a VR game to market, we'll surprise you with our thinking.

What Percentage does Things3D take?

Depending on our level of involvement we use industry standard margins. We have two tiers of service. Light Touch (for studios, brands or indies who have a strong direction and/or a near-finished game) who require minimal guidance but would like the added PR and press exposure from Things3D. Alternatively, we provide a 'deep dive' service with multiple rounds of guidance and polishing - of course, attracting a higher percentage.

When can I expect to be paid?

As a standard we will pay 30 days after receiving revenues from the distribution channel/store. For the first payment we will reduce this to 7 days, to ensure your new studio/new team receives a cash injection as soon as possible.

What are the advantages to working with Things3D?

Take a look at the benefits of using Things3D as your VR publisher.

How much control do I have over the process?

We give as much advice as you need, nothing is forced. At every step of the way conversation and communication is key.

What about my Intellectual Property Rights (IP) ?

Your IP is yours, we will never require to take over these rights. Simply, we want to help you maximise your time and investment in your game concept. Read more about the benefits of publishing with Things3D. 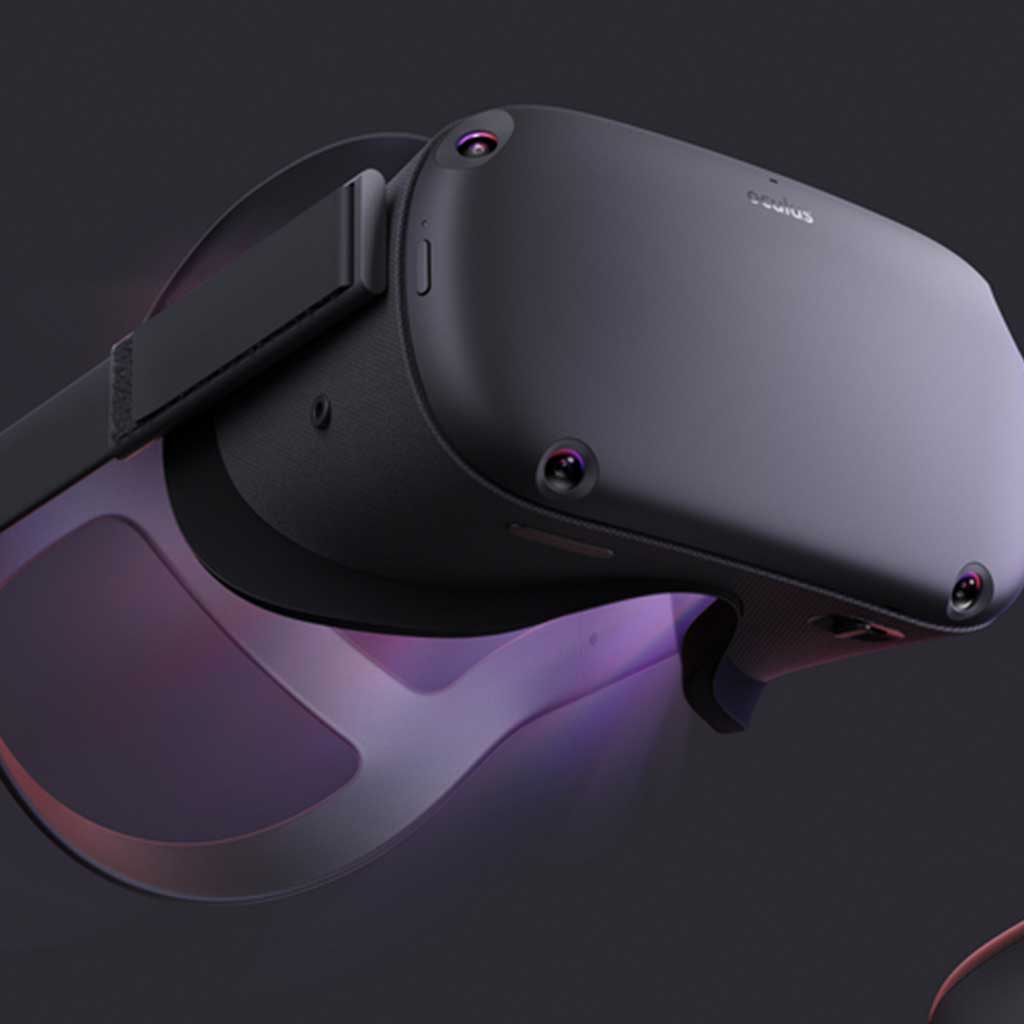 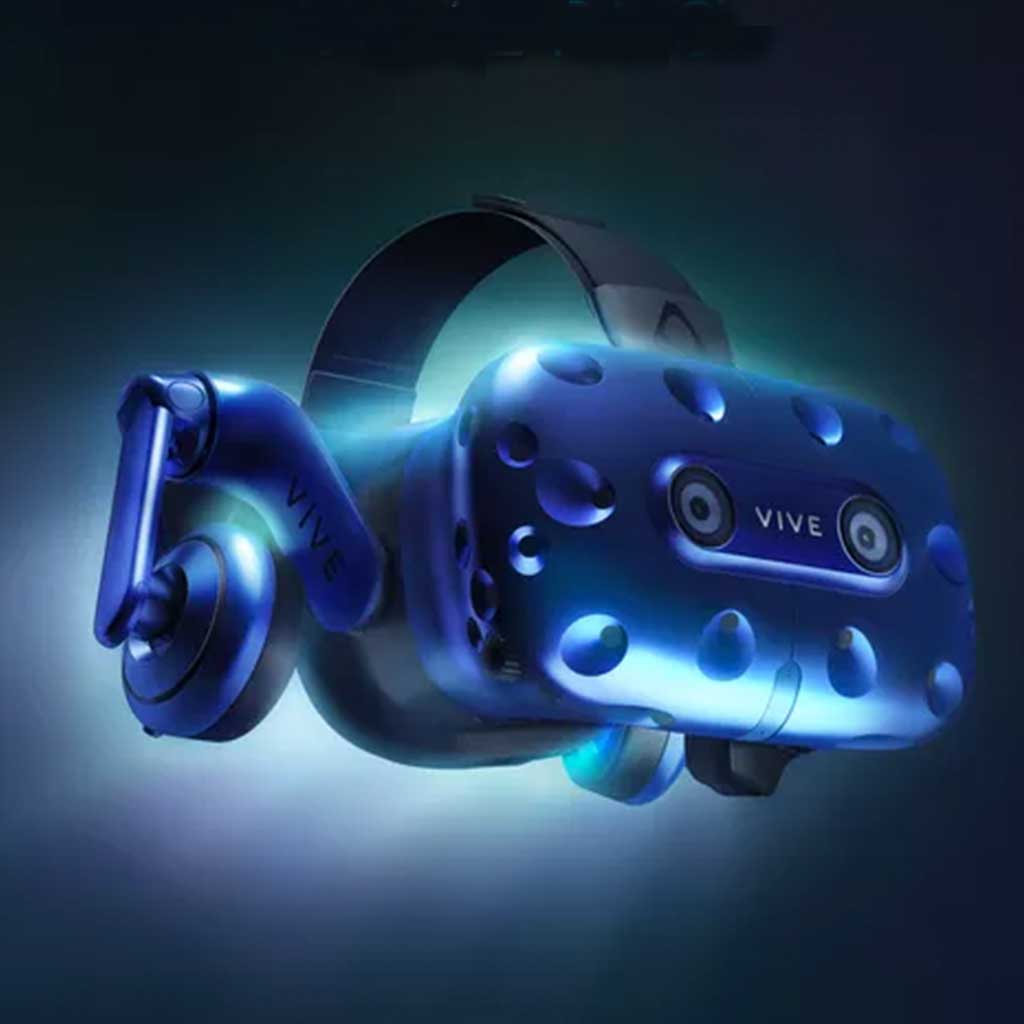 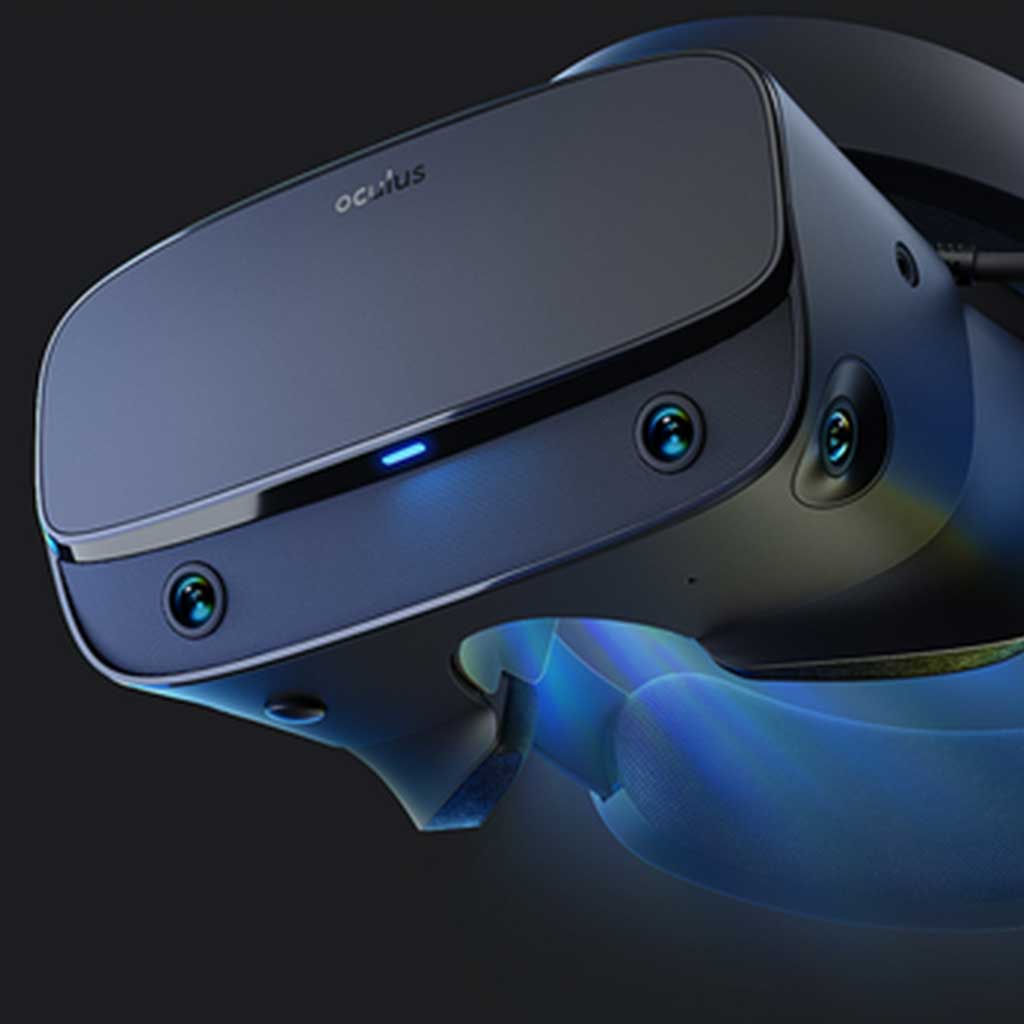 Need a bridge to leave your 9-5 day-job, or kick start your VR game team? With a long history of working with indies, we're more likely to 'take a punt' on your game or concept. Reach out us to discuss and see where the path leads ...